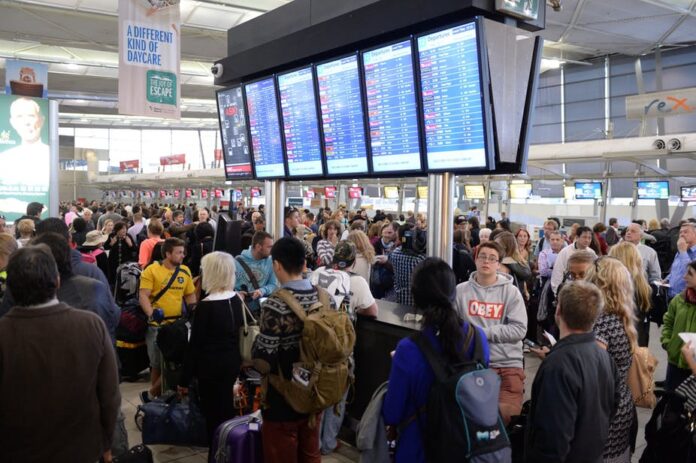 It was a huge shocker to see a video emerged online from the Sydney Airport with thousands of Australians returning home from overseas were seen ignoring the social distancing guidelines issued by the government and it is no less than a horror scene in the times we live.

This was international arrivals at @SydneyAirport this morn.

While the entire world, governments, media, influencers are working hard to bring awareness across the globe about the Coronavirus pandemic and how only social distancing can save us all from this disaster, we witness Aussies having little regard to the whole point.

The person who posted the video, Sally Prosser has claimed when she questioned the ABF officials about the violation of government recommendations, she got ‘not our problem, that’s biosecurity” for the answer.

Responding to the viral video, Sydney Airport in a statement said it has now placed security guards to ‘remind people about their obligations’. Meanwhile ABF officials reportedly feel the chaos was only caused due to the new screening methods implied to check temperatures.

The whole incident has brought many wonder whether the message reaching public right or not. Nations are at a lock down, millions are losing jobs worldwide and number of lives were lost. With no foreseeable solution or cure to COVID19, it requires global citizens to be responsible and follow government guidelines seriously.